As ransomware continues to grow, so do the millions of dollars businesses are dishing out to cybercriminals in hopes of regaining control of their sensitive data.  An article on Fox Business looks at a study released by data security solutions firm Datto to see how ransomware is affecting small-to-mid-sized businesses.

Ninety-seven percent of the managed service providers who work with these businesses reported that 86% of their clients had been victimized within the last two years and 15% said six or more hacks affected their clients over the past year alone.”

As you may be aware, WannaCry, a massive ransomware attack that spread across the globe in May affected more than 150 countries with its malicious software. It is believed that the tools used to carry out this attack were stolen from the National Security Agency and used to lock computers in hospitals, government buildings, banks and more.

Ransomware is an everyday threat to small and mid-sized businesses, who according to Datto CEO Austin McChord are expected to measure up to the largest corporations in American in terms of their security practices.

It is certainly not an easy task to prevent ransomware, but having the knowledge and ability to minimize the damage and combat the threat is crucial.

No single defense solution is guaranteed to prevent a ransomware attack,” said Dale Shulmistra, president, Invenio IT. “The most effective means for business protection from ransomware is a backup and disaster recovery (BDR) solution, followed by cybersecurity training.”

The Datto study found that healthcare is among the top industries to be hit by ransomware the most. The study also found that the most negative impact of a ransomware attack on businesses is not the attack itself, but rather the downtime associated with the attack. My inbox had a lot of emails from LinkedIn today.[...] 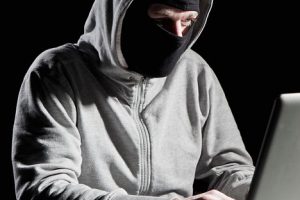 Additional insight into: Why Gang Members Want Your Identity

In a very interesting article titled Why Gang Members Want[...]

A infographic by the National Cyber Security Alliance (NCSA) reported[...]